Information compiled from various sources, including a report by Capt. Alexander Gibson, RN 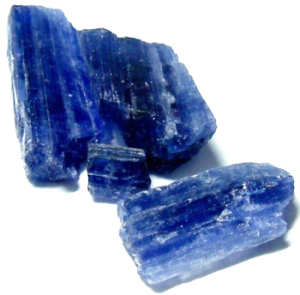 Blue crystal is a thankfully uncommon substance, which has the ability to disrupt or inhibit the use of many, if not all of the metaphysical and metaphysiological powers. Because of this, further in depth anlysis of the material using arcane means is impossible. However, it does not prevent technological analysis, which has been understaken on a variety of samples of the material.

At this time there are three known sources of blue crystal within the Sable universe, all of them located in Veil Six of Shadow. Of these, two – Khachuran and Conloach – are under the control of the Kingdom of Sable, while the third – Fürth – is controlled by the Reich. Given the spacing of these three worlds within the multiversal scheme of things, it is mooted that there may be a fourth deposit located on Bolormaa, which is in close proximity to the Saarland Group world of Saarlouis. However, the only way this will be confirmed, is if a full mundane geological survey of that world is undertaken.

While the original of a particular sample cannot be ascertained using arcane means, it has been possible to analyse them at a molecular level using technological means, and the individual “signatures” of the three known sources have been classified.

Blue crystal is very dense, with a similar crystalline structure to diamond, although it does not appear to be made of compressed carbon. It can be cut like any other gemstone, using mundane jewellers tools, and can even be made into projectiles which will survive being fired for a high-powered rifle.

Its most notable property is its ability to neutralise any non-mundane ability, from Piloting to shape shifting to magic to Broken Pattern (and by extension, the Royal Power), however good the individual using that ability. Documented examples include:

On the positive side, this means it could be incorporated into jewellery or other items for protection against arcane attacks of any kind. However, on the negative side this very feature makes it a potent weapon, both directly or through nullifying detection of any potential attack (for example, something attempting to sneak through magical wards while carrying a piece of blue crystal could potentially either knock those wards out, or just be invisible to them). Thus far, the only means which has been discovered to transport it safely, without affecting the individual carrying it, is within a box made of a similar shielded material to Pilot carriages.

While blue crystal disrupts the use of metaphysical powers, it apparently does nothing to the inherent physical properties of a location and in particular the non-magical technological properties of a location. For example, theoretically, a blue crystal bullet can be fired by the use of compressed air when in Sable, because the technological level in Sable allows it and the bullet would not alter the physics of pressurised gas propulsion.

The very nature of the blue crystal stops any direct attempt to locate it, except via the use of a physical search – hence the problem with ascertaining whether it is present on Bolormaa. However, since the threat from blue crystal became more appreciated, the Mech-Tech experts have been attempting to find a more efficient method.

Their current efforts are focused on developing ways to look for “null” points – ie location by omission. This has proven challenging, although prototypes to find the most efficient method of detection are beginning to be built under laboratory conditions. One of the more promising methods so far has been the use of low-powered magical beams across the doorway of detection arch, which would normally be able to pass through a person with only a minimal drop in intensity, but would be disrupted in the presence of blue crystal, thereby potentially triggering an alarm. Experiments are ongoing.

Thus far, when blue crystal has been encounted, it has been in individual weapons or crystals. While these are a significant threat in and of themselves, major concerns are now being raised about the greater potential for disaster if blue crystal were used as a more widespread weapon, for example the dispersal of crushed blue crystal powder. The issues here are twofold:

It is possible that a combination of transportation issues and finding a non-magical method of dispersal might prove to be hinderances to anyone who may wish to use such a weapon. However, should this not be the case, investigations are ongoing as to what concentration dust would be required to neutralise Mech-Tech technology, and have a detrimental effect to all arcane powers and abilities within the affected area; whether those quantities could actually be transported cross-Shadow; and whether it could be used as a contaminent in the food or water suppy, as well as potential air dispersal.