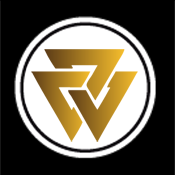 Valhalla was made real by the thoughts and memories of two people, Siegfried Hagen and Andreas Pedersen; the blood of Family; and the power of a Death Blessing.

Hagen was an ex-SS officer, and a member of the Germanenorden, an extreme Aryan group who believed that the people of the Reich had come from the mythical Germania. Within their belief system, this was located around Mount Vanaheim (aka Mount Anglia), the highest point of the Sable Mountains – the ring of natural defences protecting Sable from the Reich – so Hagen set about looking for it. Not understanding the nature of the mountains, he led a group towards Mount Vanaheim in late-March SY153, and did, indeed, find what he believed to be Germania, and the Halls of Valhalla. However, the effort broke his mind, and the place was destroyed due to the intervention of Sable forces. The following day, an encounter between Andrew de Lacy and Rupert Delatz took place at the same site, with the result that Rupert’s blood was also spilled in the area.

That would probably have been the end of it, were it not for Andreas Pedersen, another Germanenorden operative. He had been brought up within the Lebensborn system, but fallen out with the powers-that-be in the Reich, especially over the matter of the Sable-Reich Treaty. Pedersen learned what Hagen had done through a variety of sources, and set about planning how to replicate the effect and do it properly this time. He devised a ritual which he believed would rebuild Valhalla from the ruins, but realised that he would need Hagen to make it work. Unfortunately, following his attempt in SY153, Hagen had ended up in a mental asylum in Sable, under the care of King Robert.

It took about a year, but after various false starts, including a failed prisoner swap using Prince Cameron, Pedersen found a way to make gain access to Hagen. He arranged for both Hagen and Cameron to be taken to the Ruins of Valhalla, and once he was ready, he set about enacting the ritual which would rebuild the place in a more orderly fashion. As with the previous attempted to establish Valhalla, Sable operatives interrupted the ritual before it was completed, but not before Pedersen had begun the sacrifice and the blood of both his prisoners had been spilled. He was killed in the process, but as he died, he pronounced a Blessing upon his creation: “May this place stand forever, and its enemies fall”. Thus the formation of Valhalla gained its own momentum. 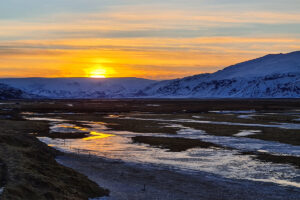 Valhalla was initially a pocket Shadow, woven out of the weird stuff of the Sable Mountains and anchored to them. At first, it was located about 150 miles into the mountains from the Sable side. However, King Robert was understandably unhappy about the proximity to his own lands, and worked with RFSS Delatz to shift the original physical site to a more neutral location, towards the East of the mountains, on the border of Schweiz and Franca. The mountains moved around it, so that it cannot be reached by normal people, protecting it much as Sable itself is protected.

The fact that it was built on the blood of four Family members (Siegfried Hagen, Rupert Delatz, Cameron de Lacy and Andreas Pedersen), and fuelled by a Death Blessing gave it the potential to become more than just another pocket Shadow. Since its relocation, it has effectively spawned into a seperate world, probably occupying a similar space in the metaphysical cosmos as Argent. It is very stable and very permanent, and has become a Shadow of Destiny for the souls of those who have ever died in the Sable-Aurellis universe, who believe in the Norse and Germanic gods and myths. As belief in such things is far more prominent within the SS than other population group on the Inside, Valhalla is effectively an SS nation.

At this point in time, Valhalla comprises an area of about 860k square miles, and seems to be expanding, as if it is adapting to welcome those souls who deserve to be there. It is split into two primary regions:

Economically, Valhalla is completely self-sufficient. The land is rich and fertile, and it can grow all its own food – assuming its residents need food, which hasn’t been proven as yet. Likewise, it can satisfy all the material needs from the abundance of natural resources which have formed within it.

As far as the living are concerned, it can be visited by the parents, siblings and children of those whose blood was spilled to create it, as well as members of the Sable and Reich ruling families.

The Valhallans are the re-embodied souls of those who have died believing in the Norse myths. Dominant among them are those of warriors who have died with honour and a true belief in the rewards of Valhalla and its sister realm, Fólkvangr, including all members of the Honour Guard and all Knights of the SS who have died in good standing.

The ruler of the Valhallans is Hochprinzessin Trauld Lange, mother of Andreas Pedersen, whose Death Blessing gave Valhalla life and form. They are closest in nature to the Argentians. They appear to have physical form, and able to manifest day and night. More recently, it has become apparent that some of them have the potential to return to the real world, most visibly their ruler. Mobility seems to depend on who they were in life, whether they were Family and whether they had any form of Power. None of them have tried to leave Magica Superior as yet, as far as anyone is aware.

They hold the Norse gods in reverence, especialy those they consider to be the key members of their pantheon: Odin (in the person of Rupert Delatz), Frigga (as Rupert’s mistress Annifrid), Freya, Freyr, Thor and Heimdall. Loki also has influence with certain of the Valhallans.