The Halls of Waiting 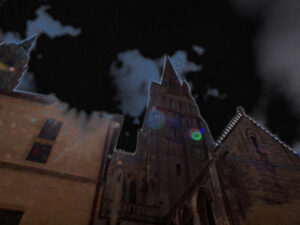 The underlying Sable Universe runs on approximately Christian lines, following the long-held beliefs of King Robert, although throughout Sable’s lands, and often elsewhere, there is a religious freedom which allows a number of different belief structures and faiths to exist.

However, whatever their specific beliefs, when an individual within the Luxor System dies, be they from the lands of Sable, those of the Reich or any of the myriad neutral Shadows across the universes, their soul is sent to the Halls of Waiting, from whence they pass to the next stage of their existence. The Halls are located – if located is really the correct word in a metaphysical sense – beyond the Sky Realms of Argent, and with the exception of King Robert, they cannot be reached by the living except in the most unusual of circumstances, and then only astrally, rather than physically.

In form, the Halls appear as a single, gothic cathedral-style building on the outside. They are approached down a short stone pathway and surrounded by ghostly lawns and shrubs which fade off into mist after about fifty feet. Inside are countless, seemingly colourless chambers, the ceilings disappearing into mist above them, and within these the walls are lined with shelves of Ledgers. The chambers all link through to others, and to someone who doesn’t know the geography of the place, it feels like an endless maze. In each one will usually be found what appear to be more or fewer bundles of light, varying in brightness depending on the soul they represent. The overall atmosphere is usually calm and restful, although at times of rare and great calamity, it can appear more frenzied.

The lives of those within the Luxor System are recorded in the Ledgers kept in the Halls of Waiting, and once the soul passes there, the records are consulted by beings known as the Clerks – semi-corporeal humanoids whose purpose is to guide the dead to their ultimate destination, according to the beliefs by which they lived. From there, they will pass on to their final destination, be it heaven, hell (or the equivalent in their various belief structures), somewhere in between, or be sent back to the material world to be reincarnated for another turn on the Wheel of Life.

With some difficulty – and most likely needing the assistance of a Clerk – an astral visitor may be able to identify an individual soul, and with concentration, cause it’s representation within the Halls to resemble its original form, although communication with it is probably all they will manage to achieve, unless they have some very interesting abilities. 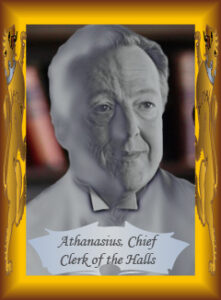 The Master of the Halls is Chief Clerk Athanasius, a being as old as Sable itself, who guides both the other Clerks and the souls who come for judgement. King Robert, himself, is a very occasional visitor, but when he is there, the Clerks consider him their Lord, and treat him with respect above and beyond what might be expected for a human monarch.