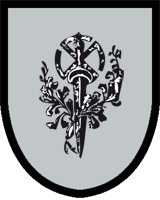 To expedite the war against the Reich’s enemies, the Schutzstaffel has a cross-Shadow combat arm, the Waffen-SS. This comprises fully militarised formations of the SS, which supply elite combat troops. They are highly skilled in many magical, technical and technological fields, as well as in foreign languages, and recruit from every nation and Shadow friendly to the Fatherland, as well as Reich Citizens. They have an enviable reputation for success among the various Reich forces, and are ones most feared by the Sable military. The Waffen-SS works closely with the Reichs-SS and receives much of its funding from the SS Operations Main Office.

With the establishment of Sanguine, on the Outside, in late-RY105, the Waffen-SS was split into two operational branches, each with its own commander, both of whom report to the overall general commanding.

Joachim Peiper has been the commander of the Waffen-SS since its inception in the early days of the Reich. His pre-Reich origins are uncertain, which has led to speculation that he is at least a half-brother of both Kaiser Wilhelm and Conrad Berthelmes, whose origins are equally shrouded in mystery. He is one of only two remaining Founding Knights of the Winter Circle, the other being the RFSS.

He was married to Elisabeth, who died in RY117, and they had a daughter Ria, who is currently serving as Reichsprotektor of Sachsen. It is also known that he has visited the Berlin Lebensborn Centre, and is the father of record of Sofia Halbeck, RFSS of the former Weimar Republik.

Wolfram is the full younger brother of Matthias Kapler, Reichsprotektor of Sanguine.

He was brought up Lebensborn, and studied magic at the Berlin Mage College, before undertaking his State Service with the SS. Once his service was completed, he applied to the SS-Junkerschule for formal SS officer training. Having previously served at high rank within the Waffen-SS Innerhalb, he was appointed to his current position on the death of his predecessor, Rudolf Lange, in RY152. He was made a Knight of the SS in December RY153.

Linz is based in Sanguine, but reports regularly to both Kaplers and Joachim Peiper, and they co-ordinate operations when needed.

Einsatzgruppen normally comprise around 3,000 men. Their primary purpose is to “ensure the security of their respective operational zones”, and carry out “special tasks”, which they take to mean finding and either capturing or killing udeesirables in lands newly conquered by Reich forces.

Mahael Waldemar, eldest son of the Landgraf von Danzig, took command of the Einsatzgruppen in January RY149 when his predecessor was killed in action against the Technocracy. At any given time there can be between five and ten Einsatzgruppen in operation, each usually commanded by a Standartenführer or a Brigadeführer who reports to Waldemar as the co-ordinating officer. Waldemar, himself is, Talented, with a speciality in combat and communications magic. His younger brother Marius is a member of the SS Honour Guard.

This is the branch of the SS responsible for operating and policing the detention camps sited at various locations throughout Reich territory. This division has begun working closely with the ADG. In April RY154, there was a change of leadership at the top of the division, when the former general commanding, Rutger Sigiswald was convicted of treason in absentia by an SS Honour Court, to be replaced by Roderick Königsson.

Based at the Bremen Mountain Centre, the AWERI is key to developing new weapons and propulsion systems for the use of the Waffen-SS (which, if it feels generous, may share them with the Wehrmacht), as well as new, more efficient sources of energy. Berthelmes was one of the masterminds of the Rostock Project (along with RFSS Delatz, Oberstgruppenführer Delwin von Adler, and the late Obergruppenführer Alois Dietmar). Run under the auspices of the Reich Energy Research Institute, the Rostock Project worked to find alternative ways to power the Reich fleet, until it was destroyed by Andrew de Lacy in November RY123. The AWERI is the successor institution to the RERI.

AWERI researchers are known for their blue sky (and sometimes explosive) thinking, although when it comes to the full-scale implementation of their projects and experiments, this is usually undertaken at subsidiary AWI facilities in various places around Reich territory and Outside in Sanguine Shadow, rather than on Magica Superior itself. The wisdom of this approach was demonstrated when its subsidiary on Niedersachsen was destroyed in an attack by hostile forces.

The AWERI co-ordinates some of its research with the Ahenenbe’s Exotic Technologies division, but remains stubbornly independent of Dirk Weber’s organisation.