The Technocracy: The External Nexus 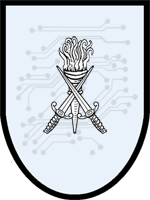 Seconde and the External Nexus

An Introduction to Seconde

The world now known as Seconde is located in the same general region of Shadow as Murray and Sanguine on the Outside Equatorial cross-section in the general vicinity of St.James, and shares Shadow boundaries with the outer Veils of worlds surrounding both Gateways. Its inherent tech level is significantly higher than either of them, however, as are the tech levels in the five or six Veils immediately around it.

In the mid-2000s, St. James’ time, Seconde was established as one of the Outside Data Repositories. These used Technocracy infrastructure to collate information on events, individuals, etc in the Outside Continuum. There was no ability, however, for this information to be transmitted directly to the Inside, so it was stored at the Repositories, and Technocracy representatives visited regularly to download the information and take it back to the Nexus Data Core.

Following a rather nasty lawsuit on St. James, Andrew recruited brothers Tyler and Howard Cameron, natives of that world (which is relatively nearby in Shadow terms), to run the Seconde Repository on a day-to-day basis and maintain its data collection functions. He also gave them the facilities to pursue their own high-tech projects on what, to them, was a world straight out of the cyberpunk genre, complete with Urban Sprawl.

Moreover, timeflow on Seconde and its surrounding worlds is somewhat faster than is normal for that region of Shadow, making it an ideal testbed for high-tech R&D. As a result, Andrew, himself, has also made use of the higher-tech facilities on Seconde for his own research projects from time to time, including the development of extensive high-tech and spaceborne forces on Seconde itself, and the worlds around it. 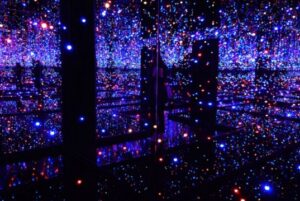 One of the most visible disconnects between the Lighthouse Timeline on the Inside, and its paradoxical non-occurence on the Outside is that, at some point since the Repository on Seconde was established, a full instance of the Nexus has been inscribed on the world, and at the same time was always there. As a result, the various Data Repositories around the Outside are now (and always have been) directly connected with Seconde. In turn, Seconde itself is connected directly to Prime, on the Inside, which was previously believed to be impossible.

The Cameron brothers are both intitiates of the Nexus, and deal with the larger picture of running the Data Collection infrastructure and maintaining the overall Technocracy Systems on the Outside. They also consult with Regent Emily of Murray and Reichsprotektor Kapler of Sanguine on non-Machine matters to do with their particular area of Shadow.

Seconde and the Machine

Seconde is much closer to the old Technocracy in its attitude towards the Machine, and is actively involved in fighting the Machine’s influence on the Outside. To this end, in the last couple of years Andrew de Lacy has moved from Prime to Seconde on an almost-permanent basis. He has made it known – or perhaps it was always known – that forces from Seconde and its immediate Shadow neighbours stand ready to assist worlds where the Machine is trying to gain influence. Indeed, for those who knew him in past times, it might even be said that the role of Defender Against the Machine has become something of an obsession with him.

It is reasonable to assume that if anyone on the Outside knows the location of Ex Machina it is likely to be Andrew de Lacy. For whatever reason, however, he has thus far been unwilling – or more likely unable – to wipe it off the face of the Continuum.