The Data Centre and the Machine 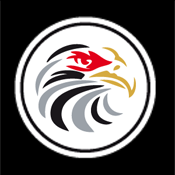 The Data Centre is the new name of Martyr’s Island on New Ocenia and is the location of the Power at the heart of the that world, known as the Darkstream. In appearance, it is pretty much one big city with multiple skyscrapers and an absence of green spaces.

The first Drone factories were also located on the Data Centre, although Drone production is now being moved out the New Oceania Security Ring worlds. It is also believed that substantial facilities for cloning organic life exist on the Data Centre.

It is generally believed that while the island holding the Data Centre is not enormous compared to the two continents, it is far, far more extensive beneath ground level.

The Darkstream combines elements of the original Broken Pattern Dark Three, complete with Channelling abilities, with the more technological aspects that come with it being the Alternate to the Technocracy. Humans can initiate to the Darkstream and still remain human. This gives them Shadow traversing capabilities, as well as the ability to Channel energy of all kinds. To a degree, it also allows them to interface directly with the technologies that control the Machine and its Drones. The degrees of skill the Darkstream offers vary depending on the level of initiation.

In addition, those few Talented individuals who walk the Darkstream have the opportunity to become Technomages who can use magic to interface with the Darkstream at a higher level than a mere initiate, and without the technological implants.

Excess energy generated by the Darkstream is stored within the Godstone veins underneath the Data Centre. Some of this is used to power the generators that provide the electricity for New Oceania, while the remainder is dedicated to the Machine.

The Master of the Darkstream

The Master of the Darkstream bears a considerable resemblance to the Secretary General of New Oceania, although perhaps the latter looks a little older. It is uncertain whether they are they same individual, or whether one is some kind of duplicate or copy of the other. Whatever the truth of the matter, day-to-day operations at the Data Centre are run by the Master, assisted by  Data Controller Dorian.

On the Inside, the nature of the Machine is somewhat different to the pre-Lighthouse version, due to the changes with New Oceania and the Technocracy. Instead of being the base Power, the term now refers to the technological side of the Darkstream, and is powered from the Godstone veins. The Machine is basically a cross-Shadow-capable supercomputer which controls the actions of the Machine Drones.

Controller-level Drones also exist, which do not have to concern themselves with those messy human bodies, and are therefore significantly more efficient. On the other hand they have the disadvantage of being unable to vary their own programming, or that of the troops under their command.

While the Machine remains an expansionary power, this expansion is being controlled more tightly, given that it also has links to New Oceania and its human population.

Since the rise of Secretary General Delatz, Drones have become a part of New Oceania Life.

Most of the Drones within New Oceania and the Resources Ring, which undertake the most menial tasks, are humanoid. While not necessarily the most efficient body pattern, this disturbs the human population less. At the insistance of the members of the Party, humanoid Drones usually wear light grey overalls, to make them appear less different.

A second series of smaller Drones, which are based on an arachnoid model, work more in the background, rather than in human-facing occupations.

The third kind of Drones used in New Oceania and the Resources Ring appear to be along the lines of tracklaying vehicles. The inter-city resources and food transports are of this pattern, and either operate independently, or are paired with “spider” controllers.

Outside the borders of New Oceania itself and the Resources Ring, the Master of the Darkstream cares less about the sensibilities of humans and other sentient creatures who may have an opinion. This includes the Security Ring. Therefore, Drones of a variety of different kinds are deployed in Machine operations.

A list of kinds of drones that have been encountered can be found here.

Ex Machina is the external base of the Machine and is a lot closer to the original version, given that the Outside was rather less affected by the Lighthouse Paradox than the Inside. More to the point, as a reflection of the work that the Aurellian God of Communications did to keep the Technocracy’s Prime and Seconde bases in contact with each other, this has been reflected in decent data communications between the Data Centre and the Outside base, known as Ex Machina.

More details about Ex Machina can be found here.